Posted: May 21, 2018 Under: Product Review/Recommendations By Alberto Santos No Comments

Canon added another workhorse of a camera body in September 2014 with the Canon 7D Mark II.  This is the successor of the earlier 7D released in 2009.  Half a decade later, the Mark II boasts of some pretty amazing features.  Though the launch price is not that much different at $100 apart with the Mark II debuting at $1800, the unit is quite impressive.

Why were people waiting for the Canon 7D Mark II?

One of the main reasons why consumers and photographers were waiting for the second installment of a great APS-C camera is because of the new technology that it has.  It has taken the strengths of the original 7D and Canon further built on it. The predecessor has been well received by a lot of photographers especially wildlife and sports photographers so an upgrade was exciting. It was truly one of the most anticipated releases in Canon’s DSLR product line-up. 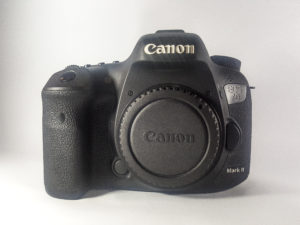 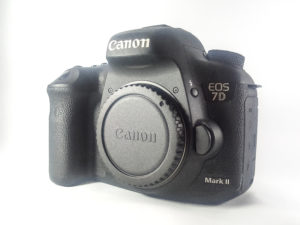 Here are some of the key features of the camera you in a nutshell. 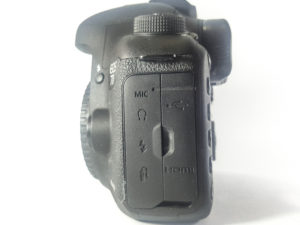 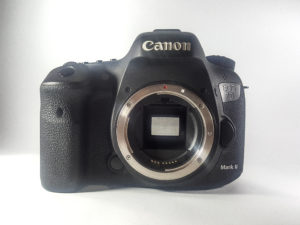 The Canon 7D Mark II is built like most high-end Canon bodies. The magnesium alloy of the camera makes it great, complemented by an improved weather sealing. This means you can bring the camera and it can withstand most extreme weather conditions.  Wildlife photographers may be very happy to hear this as extreme heat or torrential rains are almost always part of the shoot.

There have been improvements in the latest iteration of the 7D line though familiarity was a cornerstone.  That being said, the Mark II still feels a lot like the original body though it has some improvements.  For one, the Q button is just at the right of the LCD display which will be familiar with 5D Mark II users.  One of the biggest changes to the camera is the thumb-operated dial at the back of the camera.  This is helpful because it can be customized to match specific manual controls in the camera.

Under the rubber on the side, there is a micro-USB 3.0 port meant to help photographers with faster data transfers.  This is quite important with photographers who need to download, edit and send files within a short amount of time.  When it comes to memory, the Canon 7D Mark II camera employs two card slots – one for a Compact Flash card and another for an SD card.  This allows the photographer to either have an in-camera backup system or quickly double up their memory.

When it comes to the rear display,  the camera offers a 3-inch with 1,04 million dot LCD.  This is another upgrade from its predecessors having only 921k dot-screen.  One improvement some people were looking for was an articulated screen.  This would have been a big help for those types of photographers looking to shoot from dynamic angles.

This is by far one of the best features of the camera boasting a pair of DIGIC 6 processors.  It is a substantial improvement which also increased the frames per second of the Mark II to up to 10 fps.  This is a big tool in the arsenal of sports and nature photographers.  It gives them the ability to capture motion and freeze action.  The continuous tracking goes well with the 10 fps giving photographers absolute control over their shots. This is one of the improvements sports photographers are going crazy over.

This gives them an advantage when it comes to capturing that perfect shot regardless how fast the athletes are moving. It can track and give you that much-needed burst of photos as the action happens. Once you sit down to edit your shots, you have the luxury of choosing the best one from your shot. You get a series of shots to choose from.

The photo below was part of a burst shot giving sports photographers the chance to choose the best one. 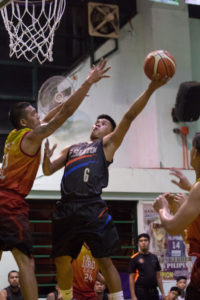 The camera is also able to maintain great focus regardless when the photographer is shooting a video, using the viewfinder,  or even the live view mode with the phase detection system.  There is a 65-point cross type system that covers a lot of areas and allows the shooter to focus with a vertical or horizontal image orientation.

The Canon 7D  Mark II delivers impressive photos for crop camera standards.  The 20.2-megapixel sensor gives pretty amazing details on the image.  This is better compared to the 18 megapixels in the earlier 7D. Although the 7D Mark II missed the Wi-FI inclusion, you can choose to put in an eye-fi card to transfer images directly to other devices. The camera can also produce great images even in low light as the native ISO has been bumped up to 6400 from 1600 in the earlier version. 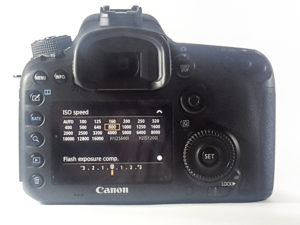 Other improvements of the Canon 7D Mark II from its predecessor

The Canon 7D Mark II is one of the greatest crop sensor cameras ever produced by Canon which was well-received by sports and wildlife photographers.  As great as the camera is, you still need to remember that it is a tool that you as a photographer will use to capture and make that photo come to life.  The 7d Mark II is a prosumer camera, beginning photographers may want to look at Best DSLR Cameras For Beginners.

Next Article:  DSLR Accessories You Need To Get Started In Photography

This site uses Akismet to reduce spam. Learn how your comment data is processed.